Due to the COVID 19 precautions our office is currently open by appointment only. Please call 252-357-1400 for assistance.

Find this article at:
go.ncsu.edu/readext?524992
— Written By Katy Shook 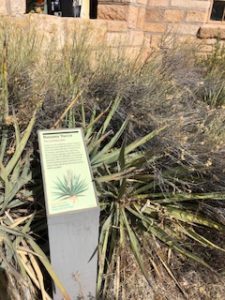 Recently while driving across the country my husband and I had the opportunity to stop at Walnut Canyon National Monument, near Flagstaff, Arizona, which has the remains of approximately 200 small prehistoric cliff dwellings. We took a walk around the rim (because my middle-aged hiking skills hiking down the canyon was not possible!) of the canyon with a park ranger, and I found it interesting how people gardened there in ancient times in the desert.

Of particular interest were the elderberry plants growing among the rocks on the cliff. In my experience, I’ve seen elderberries grow in Ohio and North Carolina, and their roots like to be kept wet, which is why they are found in abundance in the ditches in those areas. But how did they grow in the desert along with the Yucca? 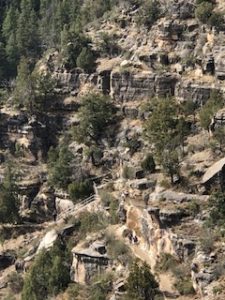 Upon talking to the Rangers and doing research, I discovered that Walnut Canyon landscape is Pinyon pine/juniper and part of the largest continuous such forest in the world. Several plant communities overlap bringing together species usually thought to be separated. This creates a rare section of zones within a small area.

Much to my chagrin upon research, I discovered that the elderberry is actually native to Arizona and the desert, growing quite nicely there. The Native Americans used the elderberries for medicinal purposes as well as food. 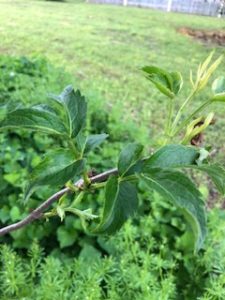 Here in Gates County elderberries can be found throughout the area in the ditches. In early spring a quick drive around the country roads give you a clue as to where they can be located by their white flowers. Then in July during the third-week harvesting can be done with a pair scissors, a basket, and husband in tow which is my friend, Julie, and I do every year. My sisters and I used to walk the railroad tracks in Ohio and gather the elderberries for my mother to make cobbler and pie. Also elderberry jelly is very delicious. 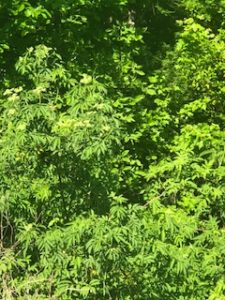